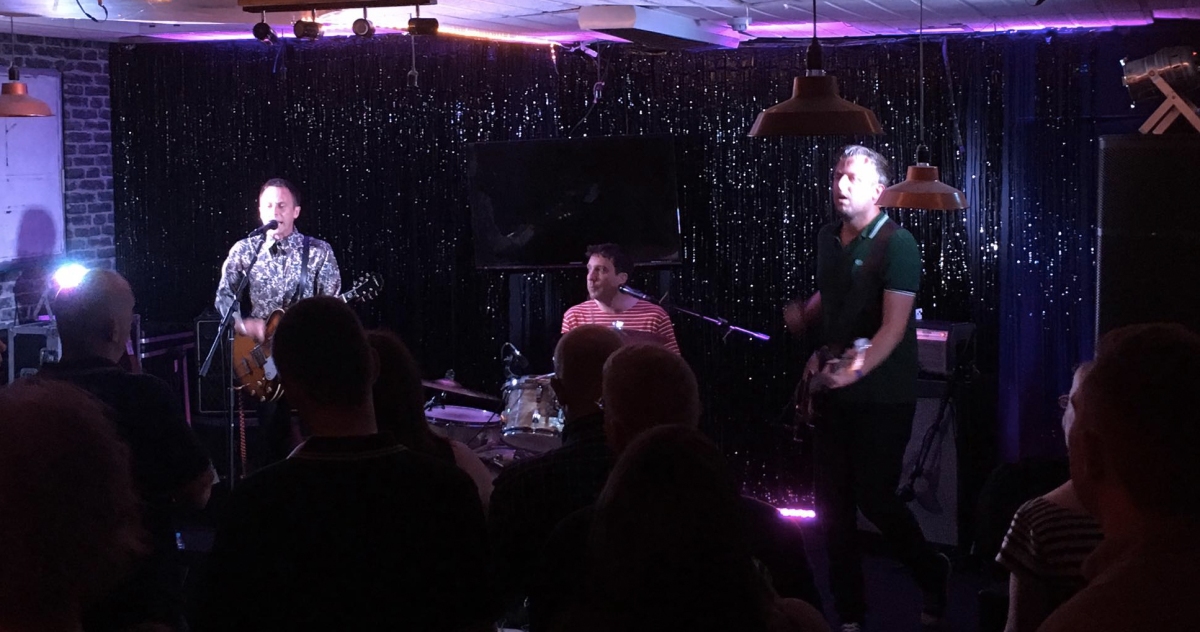 I’m not sure if I was caught up in the moment, or if I do really believe it – my ears are still ringing so it’s hard to be sure, but I did say that last Saturday’s Black Wax live show was the best yet. Definitely turn out wise, and volume wise it is at the top!

Opening band, More Kicks, were too tight for a band that has existed less than a year. They won over the audience with the high speed power pop, complete with harmony backing vocals, tight rhythm and at least one polka dot shirt. The only downside was a mix up with the delivery driver meaning there were no copies of their debut single available on the night, but it can be heard and ordered direct from the band here.

The Len Price 3 put in over time. I didn’t check officially but it must have been getting close to a 90 min set? What was for sure was that they played through all the songs they planned to, then it must have been maybe another 6 or so requests that got blasted out, including the cursed ‘After Your Gone’ – A Black Wax favourite that always seems to go a bit skewiff when played in Harlow. The main set consisted of tracks from all 5 albums with songs like Childish Words from last year’s Kentish Longtails sitting comfortably alongside live staples Pictures, Mr Grey and the as relevant as ever Rentacrowd. There was rarely a pause in between songs and the venue lends itself nicely to popping to the bar without missing out on the music. In fact you probably could have headed over the way to Wetherspoons and still enjoyed the band. It was loud, but improvements in the venue’s PA meant everything was clear.

DJing between bands and at the end of the night was a joy, with a few people coming up and complimenting the music. Always great when someone asks what you’re playing a notes it down with a nod of approval.

Discussions are already underway to bring the Len Price 3 back to Harlow. Keep an eye out. In the meantime, we do it all again on Friday 27th July with Newtown Neurotics, UnPunk’t and Cherry & Peesh. Full info on that one is here, and tickets are here.

Former venue boss and current touring bass player, trying the venue thing again with a bit of radio and gig DJing to drown out my headache. View all posts by blackwax